As a great freedom fighter,he was the visionary, leader and lover of humanity. He preached peace and non violence.

Mahatma Gandhi is the icon of the hearts of every Indians. He has been a visionary leaders. It is on his teaching, there lies the foundation of modern India. The following speeches on topic Mahatma Gandhi are have been written in that way.

These speeches are brief to the point, short and long with quotes heading, subheading for students. Read and share with your friends for UKg primary, Middle, High School and College level students. 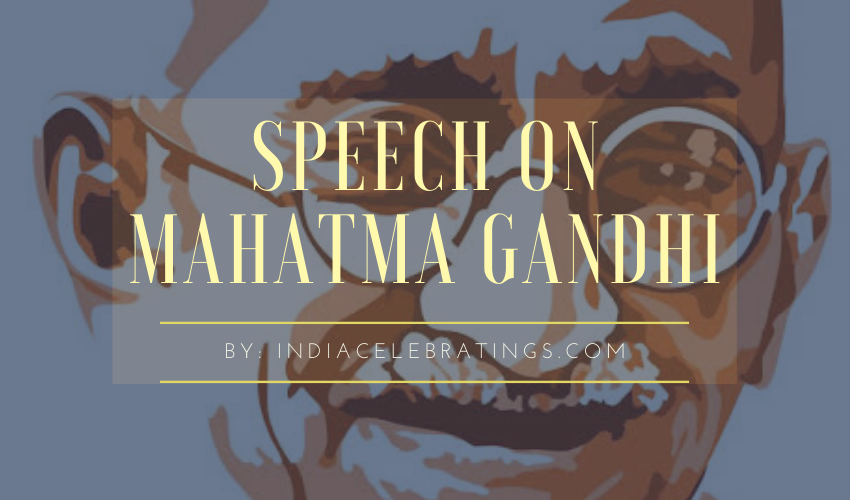 Honorable  Principal, respected teachers and my dear fellows today I will speak about  the most celebrated figure of our country India Mahatma Gandhi.

He is known as the greatest freedom fighter of India. We all Indians lovingly call him Bapu and father of the nation.

Today we have gathered here to celebrate the date of birth of the father of nation.He paid countless contributions in the birth of India and fought hard to get freedom for Indians.

Mahatma Gandhi G was born on 2nd October 1869, porbandar in Gujrat. This great soul is undoubtedly the hero of India. Since his childhood he was a regular and punctual student.

After matriculation and college level he went to England to study law. There he qualified as a barrister and came back to his native place India. He started practicing law at Mumbai and became a successful and most renowned lawyer.

He happened to Visit Africa regarding his one case. He lived there in Africa around 20 years. While being there he found discrimination and injustice.

He fought against the injustice of white men against Indians first. And later,  he incited and encouraged black oppressed community to raise voice against white people.

Not only Indians but Africans also hail him and respect him a lot. For he vehemently spoke against the injustice and fought for the rights of the black people in South Africa.

Mahatma is  known for his great deeds and  words of wisdom. He was the man of simple living and high thinking. He loved simplicity. Gandhi G always wore a simple dhoti but did great deeds.

Simplicity and piousness were his greatest possessions. He influenced people with his simplicity and led people on the right path

In 1915 he returned to India where he joined congress. Keeping in view the malevolent acts of British he started satyagrah Movement against British. In history of India this movement is very familiar.  He won India through his wisdom and vision.

His policy of non-violence and non-cooperation were the most effective weapons against the British oppression. In these movements he opposed the unfair and unjust laws of the British government.

In 1942 he started Quit India Movement. It was through this movement he forced British to quit India.

These were the boiling issue of subcontinent and humanity on the whole like racial discrimination, injustice and gender inequality. He was not only a leader but also a servant of humanity. 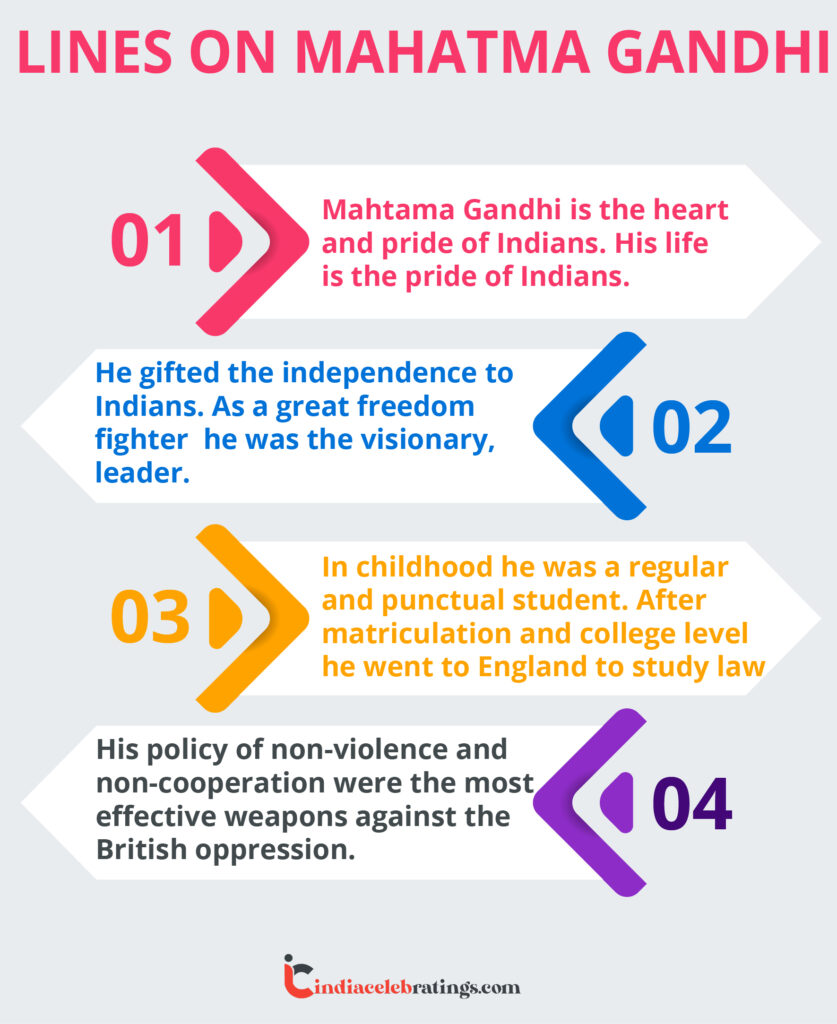 Gandhi worked day and night to unite Indians. He encouraged them to stand and fight for their liberty. It’s he who sacrificed and worked every waking moment to unite Indians to gift an independent state to live peacefully.

Mahatma Gandhi had strongly believed in truth and declared that “Truth is God”. He believed that every living being carries one soul so all deserve equality.

His words and movements influenced the whole world. He never lived for himself instead he lived and fought for the rights of the poor, weak and helpless people.  Mahatma means great soul, he was truly a great soul.

He not only worked for Indians but traveled other countries to eliminate the injustice and discrimination. He tried to benefit whole humanity. He worked to his utmost capacity to root out the evils of society.

In the end I will point out that he never ever desired any mundane and materialistic possessions. He lived a simple life meditating and observed fasting. He spent his whole life in service of mankind. May his soul rest in peace.